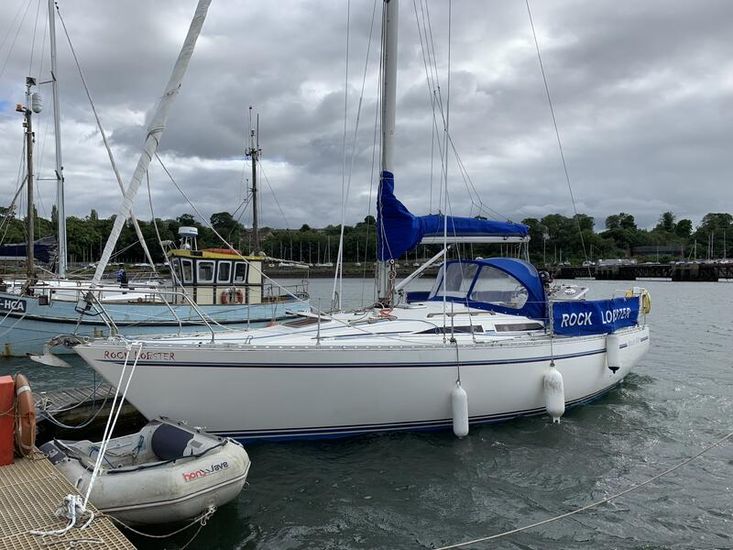 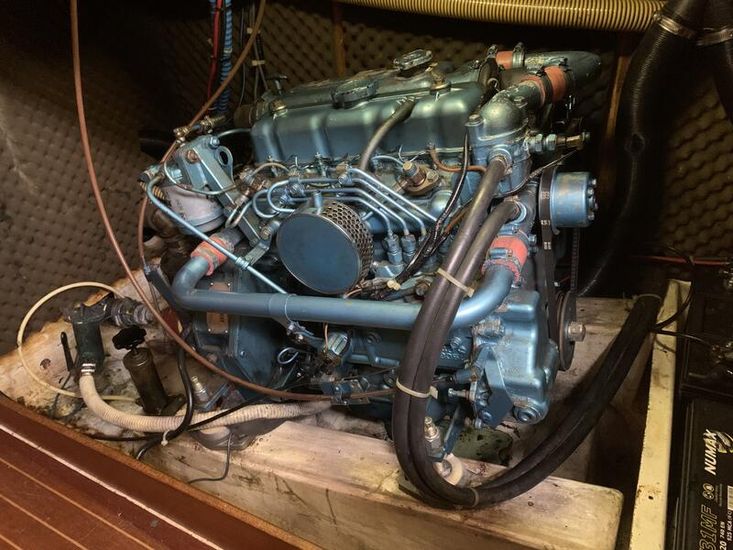 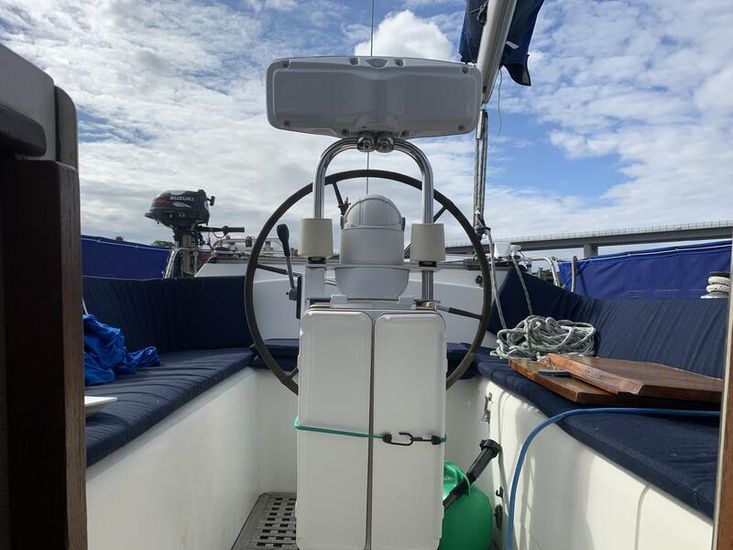 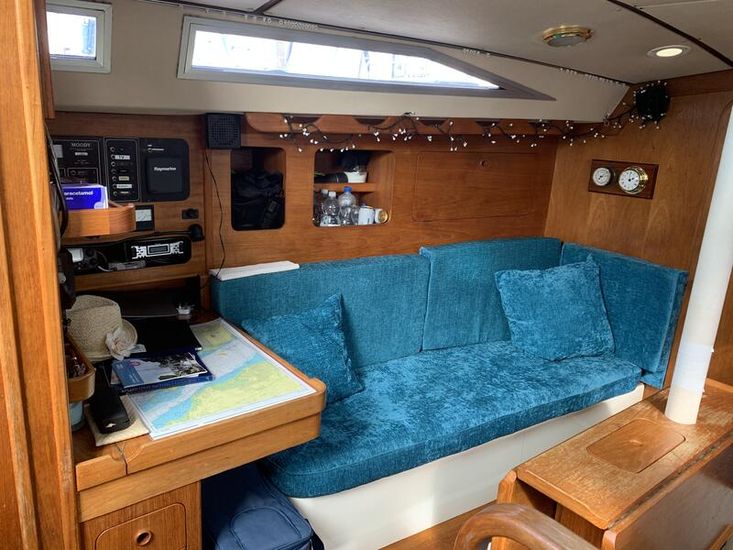 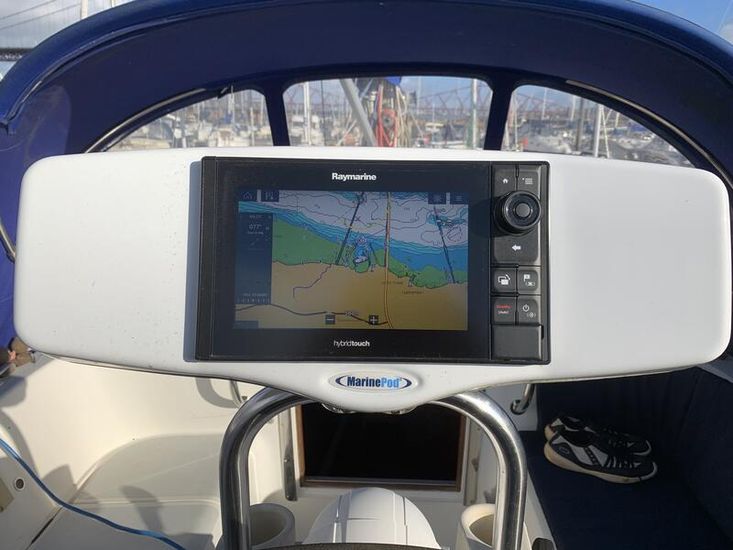 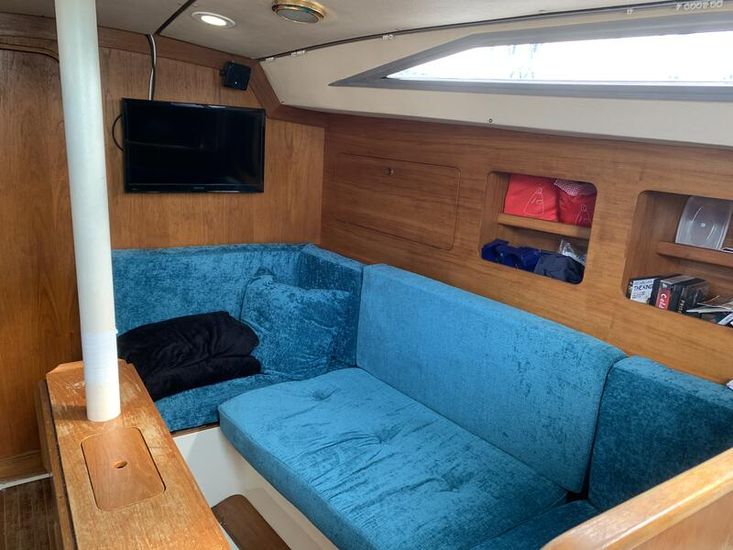 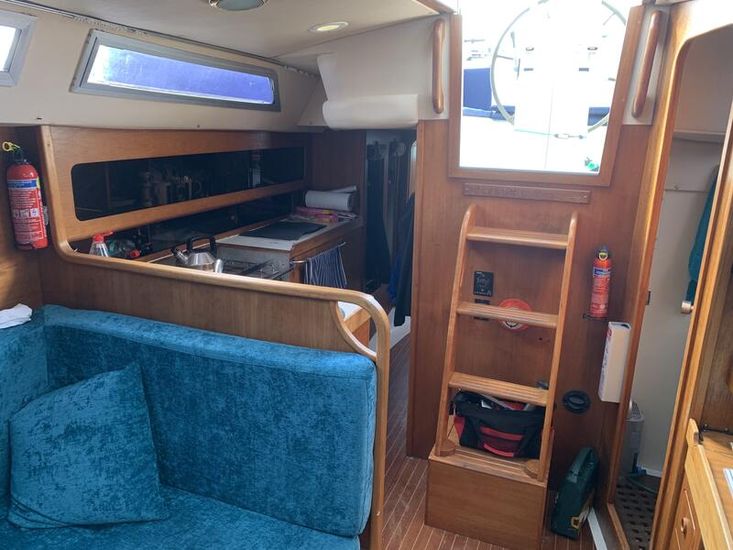 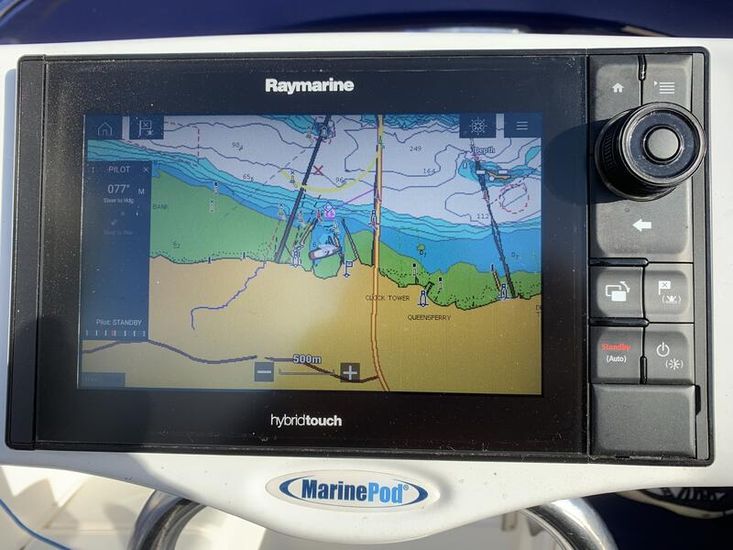 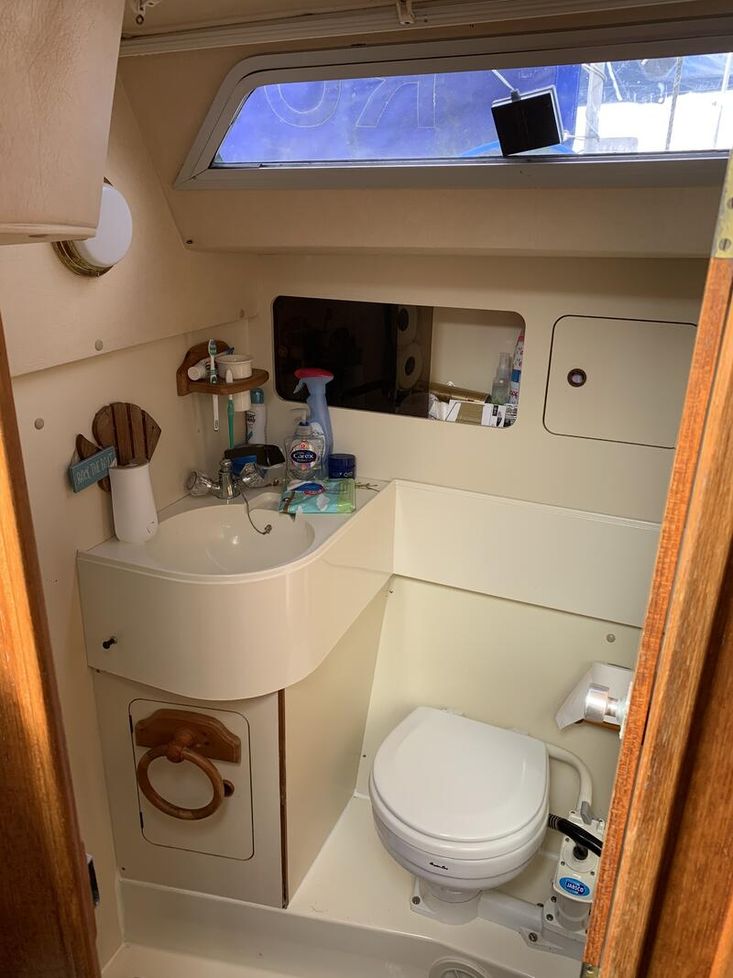 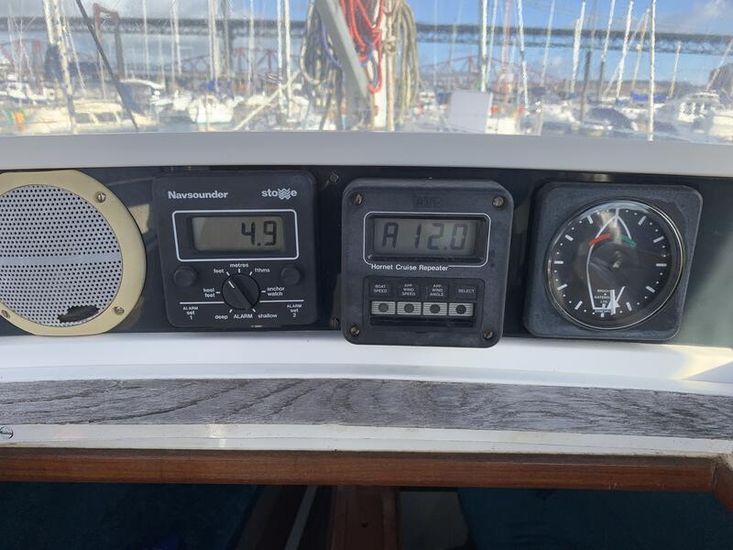 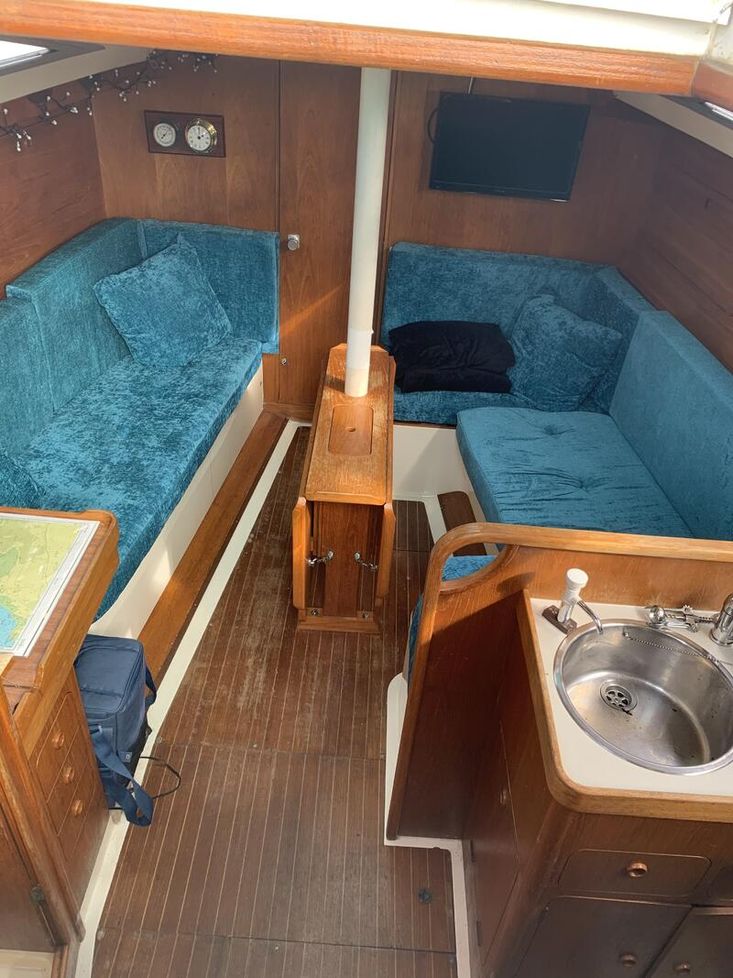 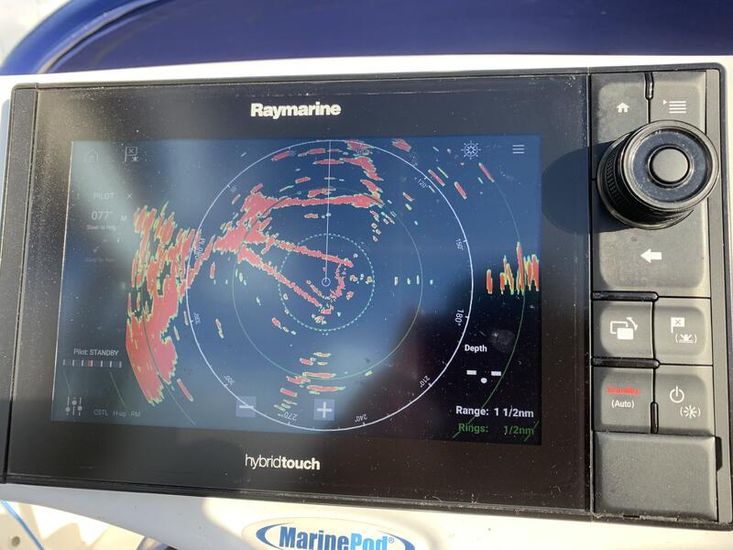 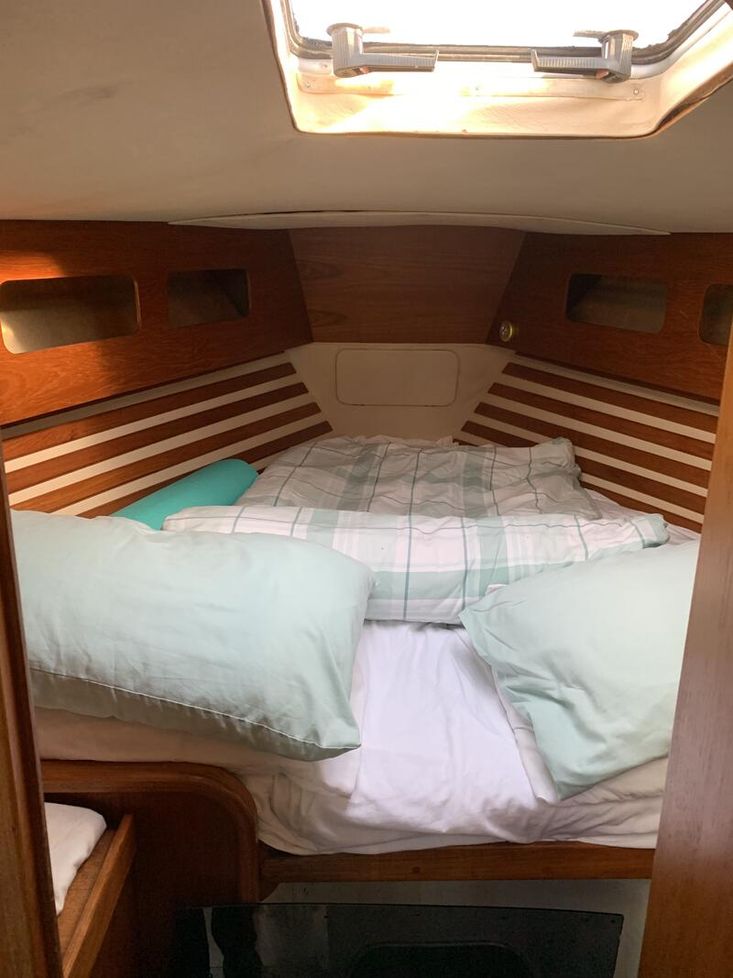 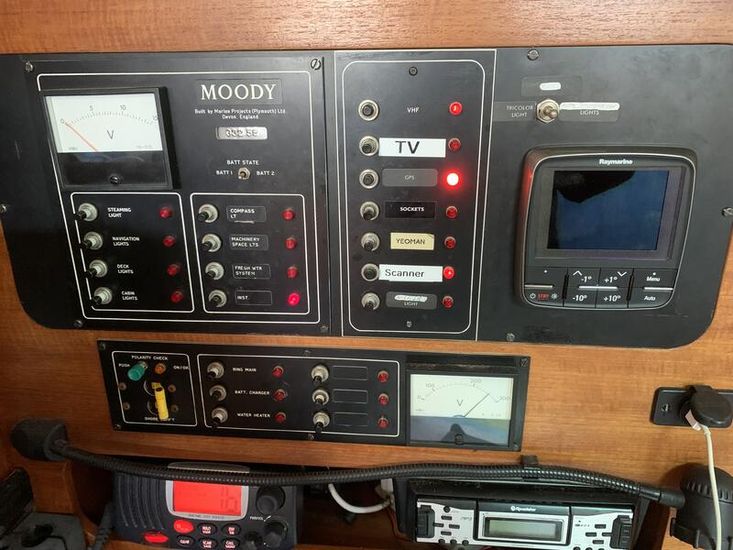 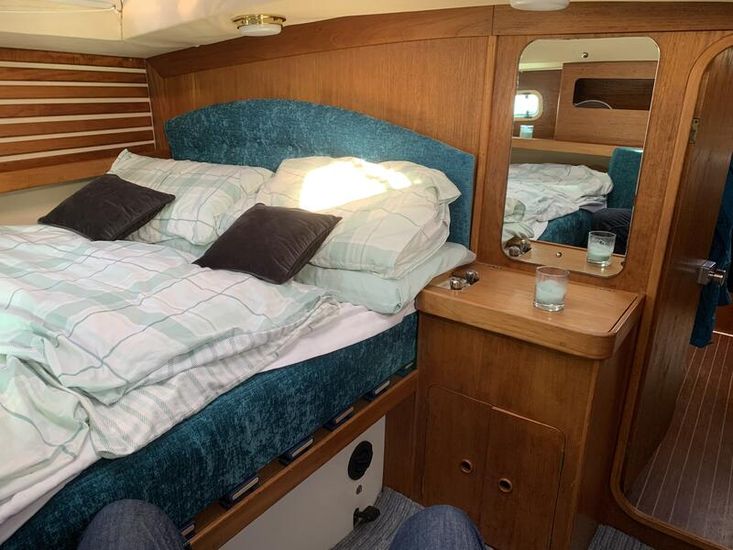 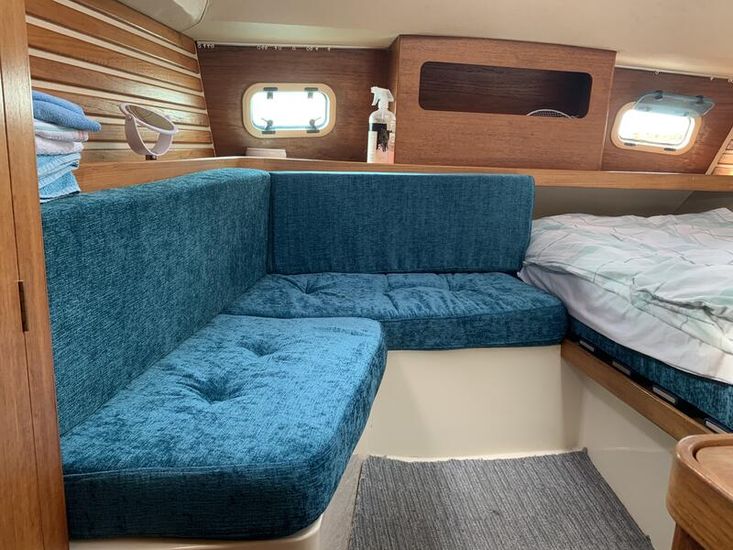 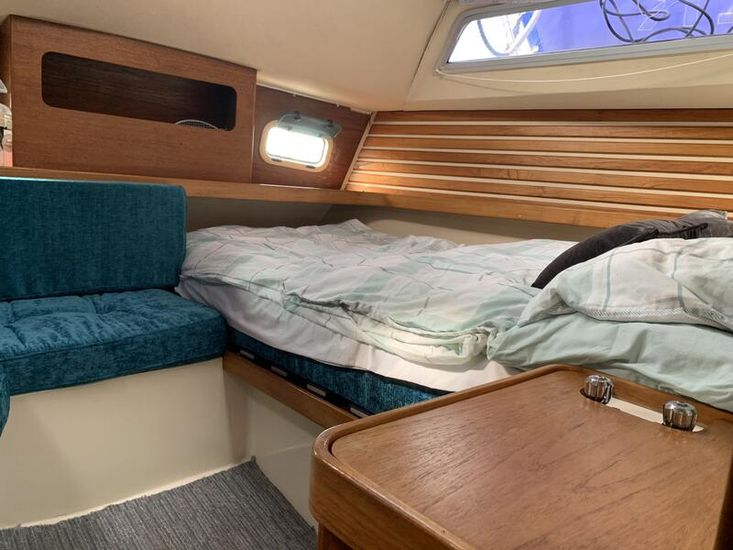 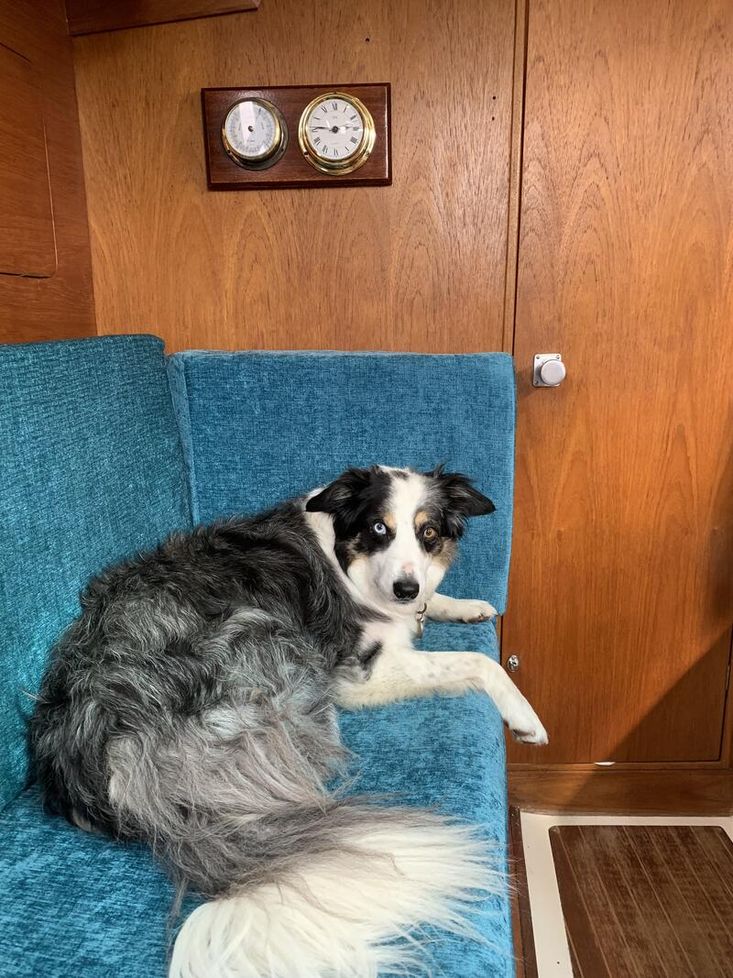 Rock Lobster 1987 Moody 346 fin keel. The boat is lying ashore at Port Edgar marina, South Queensferry in Scotland. She has been extensively improved over the last few years, with new chart plotter, radar and autohelm. A new digital VHF and TV with masthead aerial has also been fitted. All standing rigging was renewed in 2016 when I purchased the boat. A new headsail roller reefing system was fitted in 2021. The engine is the original Thorneycroft 28HP which was serviced in 2019, since which the boat has been very lightly used due to COVID.
Internally a new oven was fitted in 2016. Two new batteries and a new wafer switch were fitted in 2020. The boat has internal hot air system and hot water.
A 2.7m dinghy and Suzuk 2.5HP outboard are included. The boat also comes with a new (2016) galvanised cradle.
The sails comprise a fully battened mainsail and genoa and are in reasonable condition for cruising. There is a powered anchor windlass.
A copy of the survey commissioned by the previous owner in 2015 is available for inspection on request.

There is a 4 man life raft mounted on the stern. Needs a service.