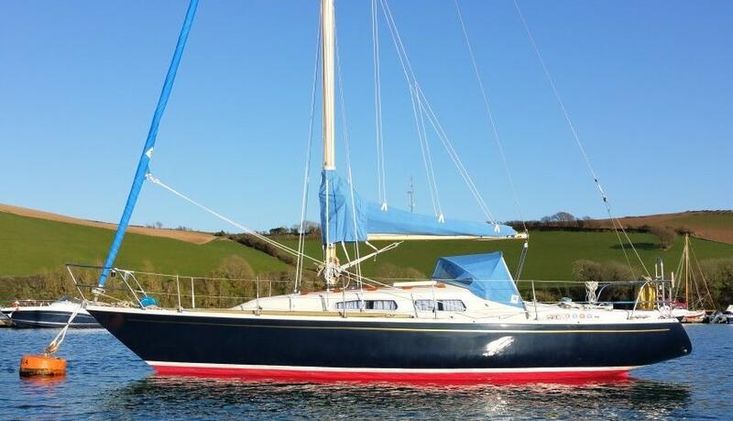 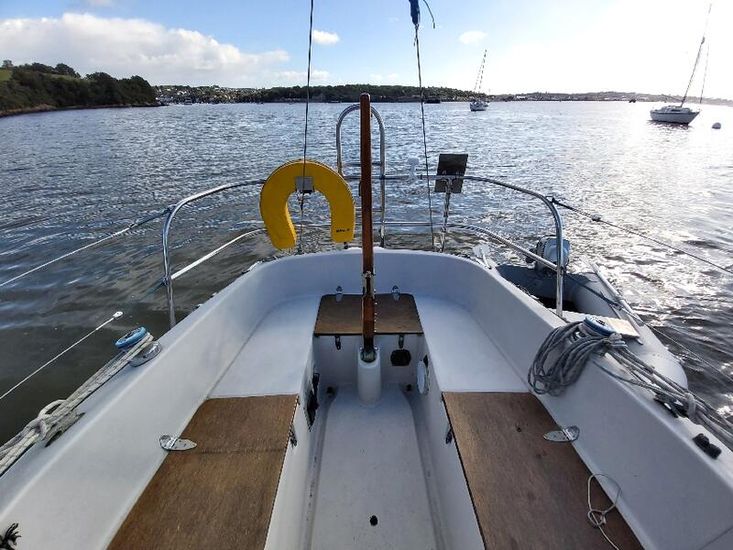 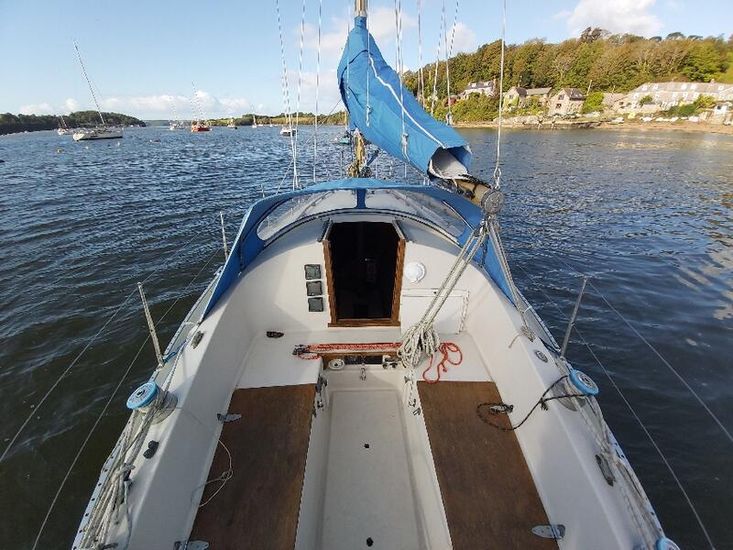 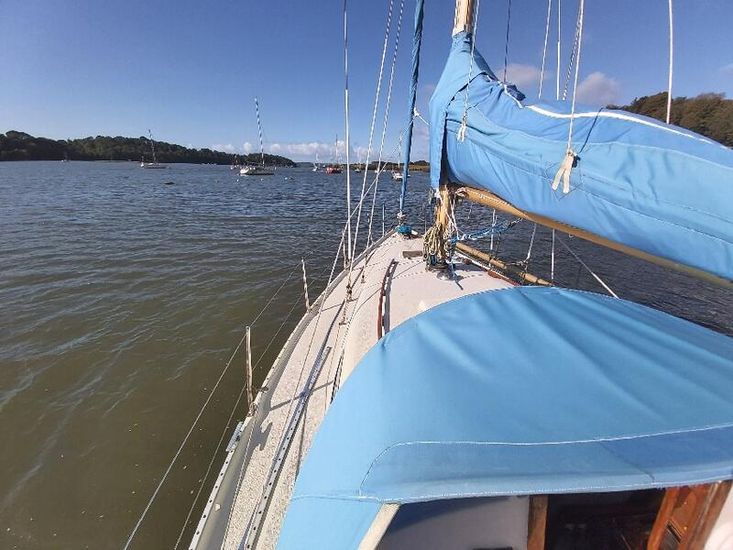 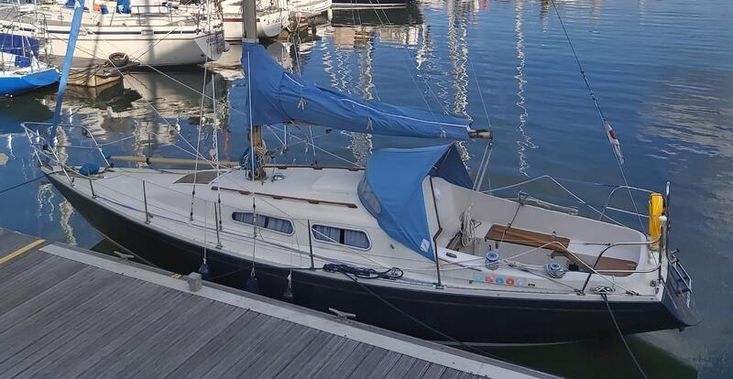 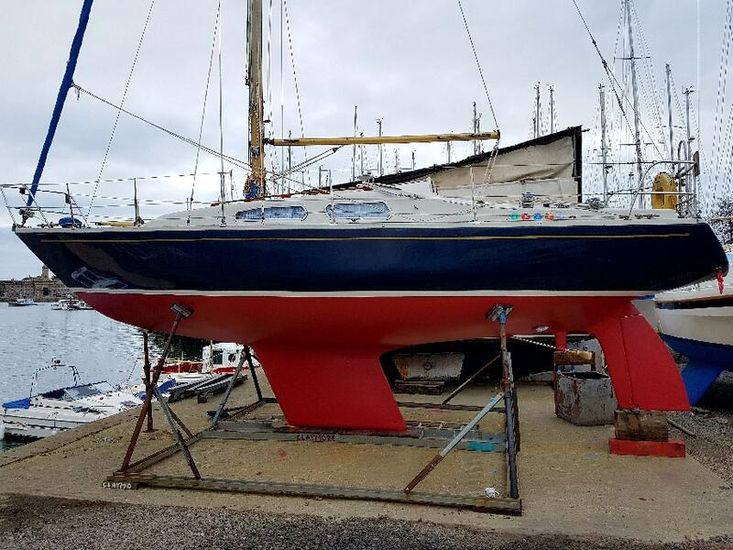 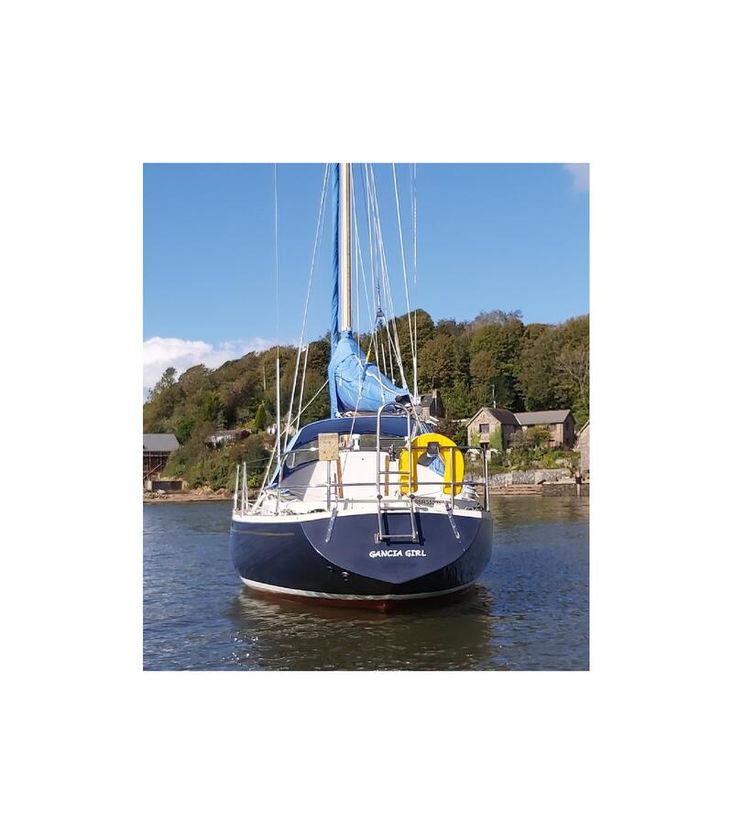 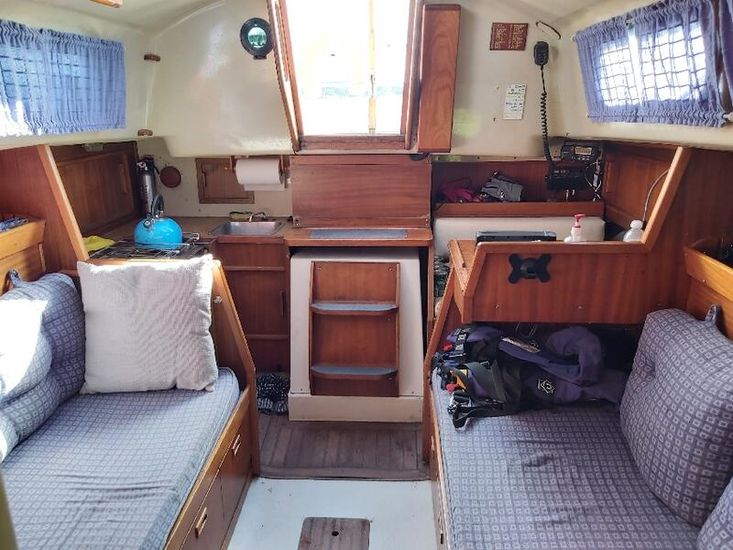 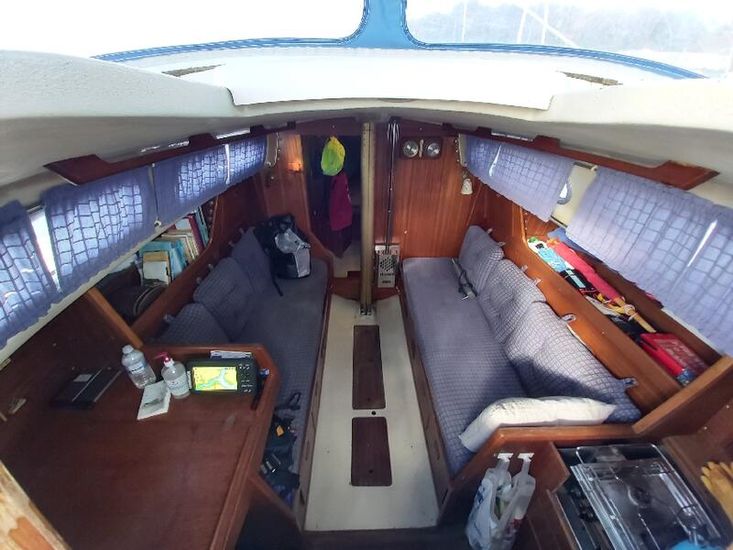 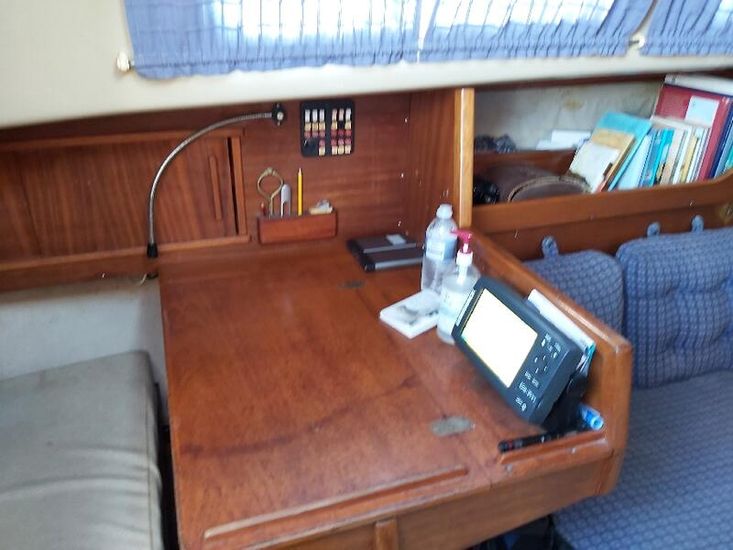 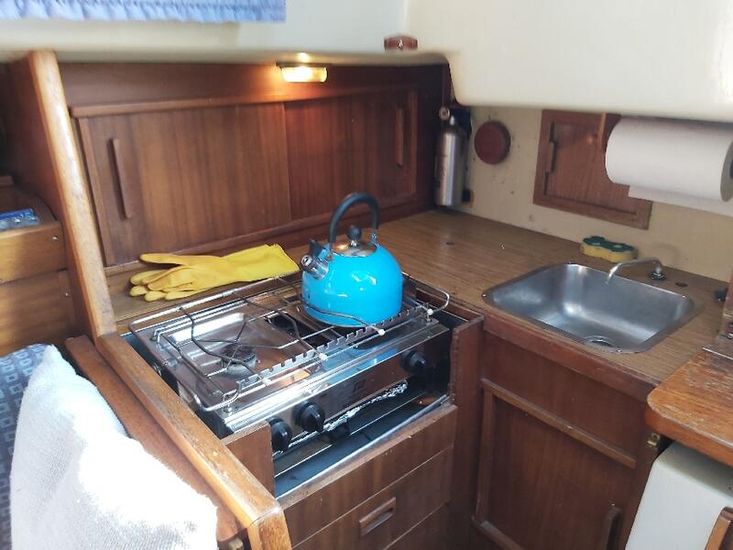 Gancia Girl is a 30 foot, masthead sloop, with an encapsulated lead keel, giving a 47% ballast ratio. She has a skeg-hung rudder. This means the rudder is well protected from impact but it also means you have to practice your reversing skills! Genoa and spinnaker are in good condition. Mainsail is only three years old. Gancia Girl is a strong, Swedish built cruiser-racer, that I’ve sailed across the Channel many times, and raced offshore in the RNSA Single-handed Series for 7 years. She comes onshore every winter. The engine is always serviced and winterised shortly after. She sleeps four and has the usual galley and head. She also has a windlass, a 10kg Delta anchor, a radar reflector, a 4-man Seago liferaft and a Taylor’s stainless steel heater.