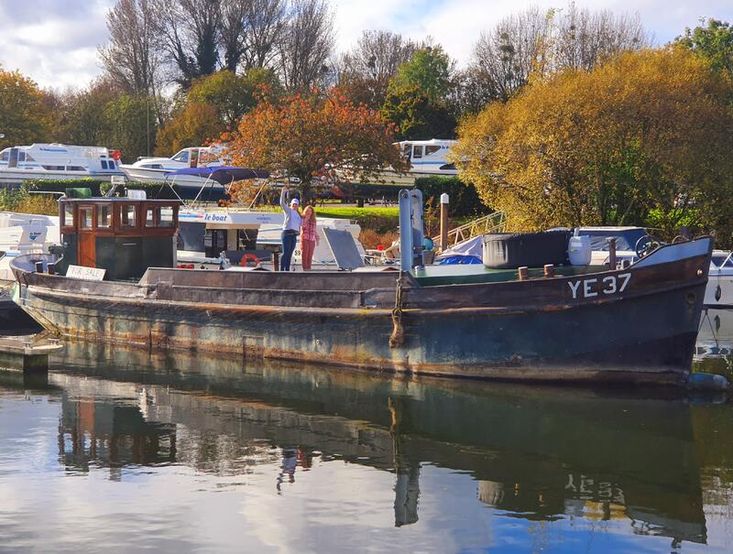 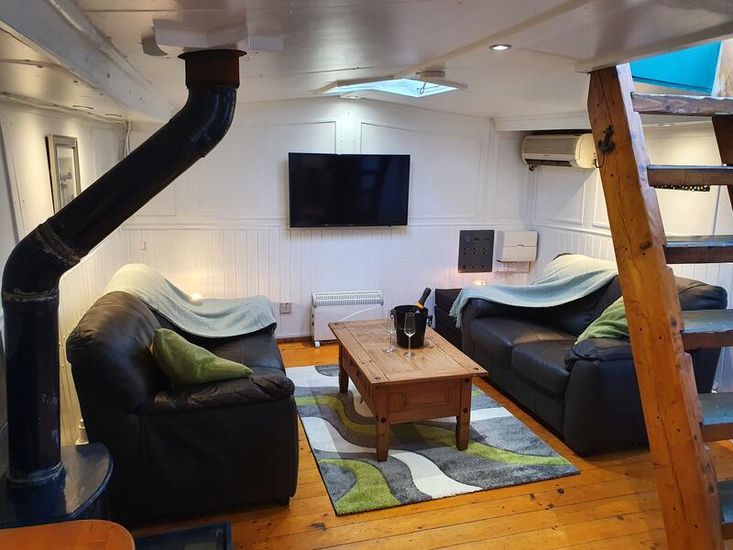 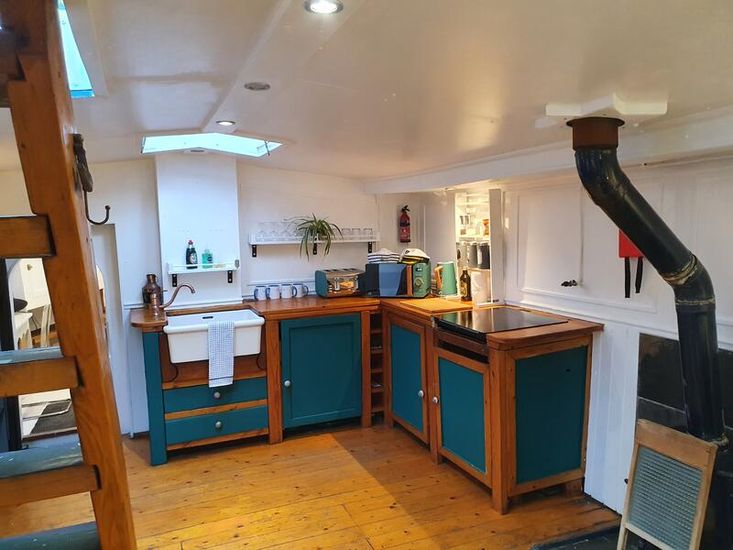 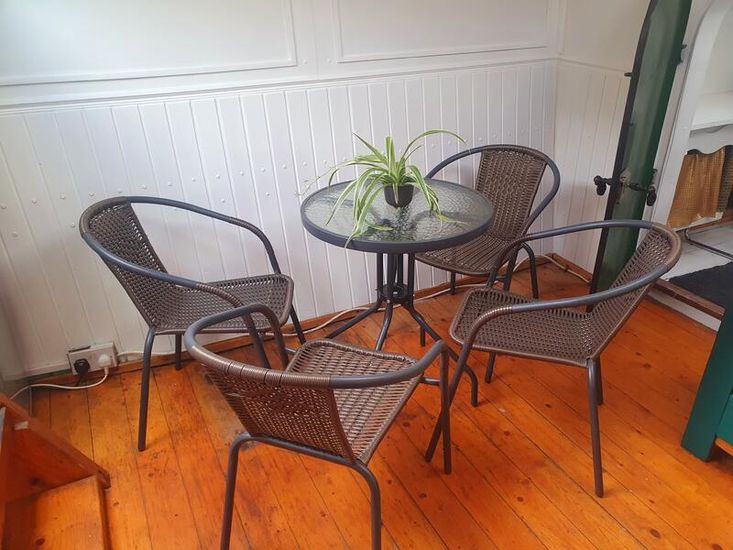 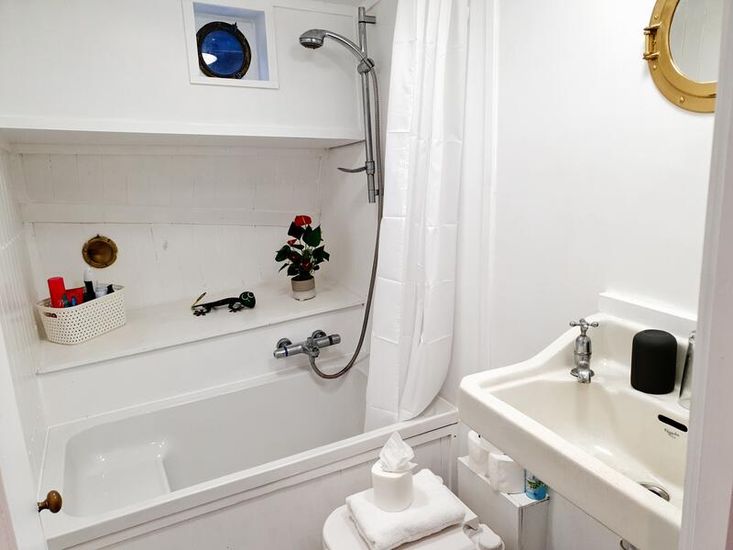 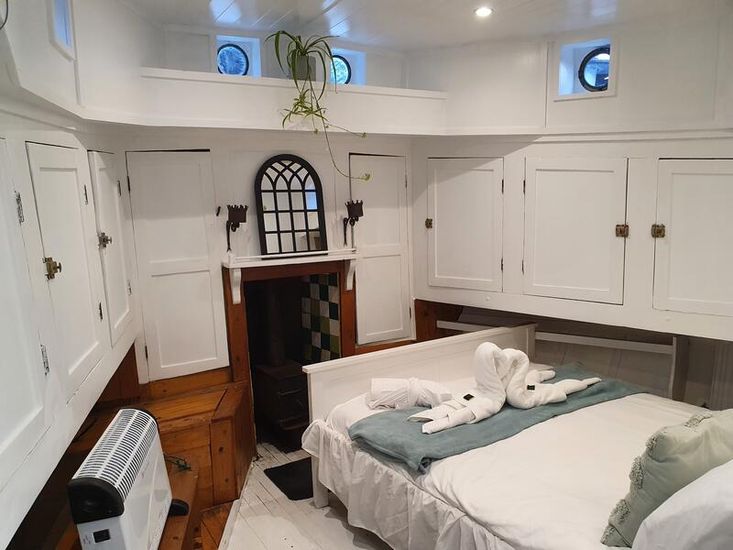 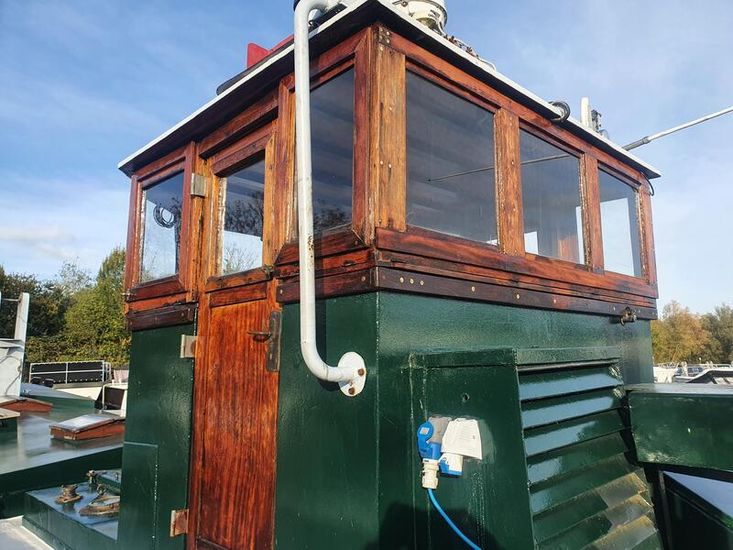 A unique, tastefully decorated, 121 year old fishing boat with a bit of media history! Spacious interior with separate master cabin - this beauty also includes a large deck and wheelhouse to watch river life go by. Perfect for a couple or small family.
A huge living space with quirky features. Mechanics are fantastic - excellent engine and generator. Would make great live-aboard or coastal cruiser.

Built in 1910 in riveted steel plate on angle iron frames. Originally built as a sailing barge and later converted to a motor barge. Given a major refit in 1940 along with a partial rebuild. Various work done over the years, with another major refit 2001/2.

Hull: 'taken from the waterline up to the deck, on the outside of the hull, while the bottom was checked internally as the bottom of the hull below the waterline has been doubled nearly all through with 6mm plate. The average original plate thickness at deck level appears to have been 9mm but when this vessel was built, the plate would have been specified in kg/metre squared, so the thickness of plate was apt to vary.

The plate thickness under the doubling was between 8.6mm and 6.8mm with the average of 7.2mm and the odd reading around 6.5mm